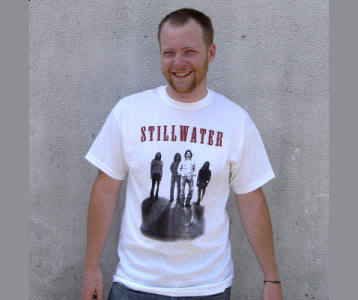 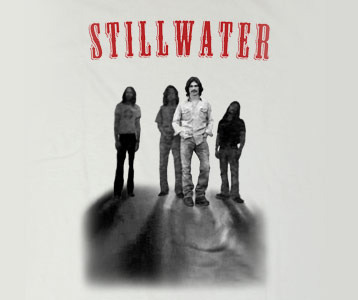 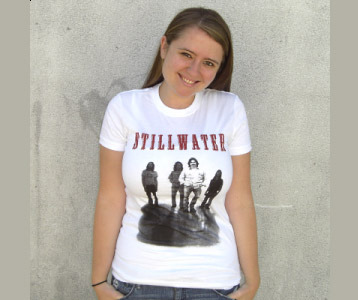 Buy at My Party Shirt

Whenever Tiny Dancer by Elton John is on the radio, it is easy to be reminded of the movie Almost Famous. The song unites the band Stillwater and their groupies on the tour bus as they ride along an empty highway. It is then that William realizes, “I have to go home,” to which Penny Lane responds, “You are home.” The scene is perfection. For anyone who agrees and can’t resist singing along with this touching song, here is an attractive Stillwater Almost Famous t-shirt. This tee would be a great present for yourself or any friend who wishes that they could tour with the band.

Almost Famous is a cult classic loosely based on the experiences of Cameron Crowe from when he was a teenager writing for Rolling Stone magazine and touring with Led Zeppelin, The Eagles, Lynryd Skynyrd and more. In the movie, William Miller (Patrick Fugit) is desperately searching for a way to write about music despite his mother’s wishes. In a turn of luck, he meets a group of girls who refer to themselves as the Band-Aides. Polexia (Anna Paquin), Estrella (Bijou Phillips), Sapphire (Fairuza Balk) and Penny Lane (Kate Hudson) help him meet the band Stillwater and the rest is history. Unfortunately, he sees the good and the bad on the road and isn’t afraid to write about it. Soon, things fall apart in front of him, not only in his life but in the lives of the people around him, including the band.

The design on this Almost Famous Stillwater t-shirt features the same predicament they encountered in the movie. Russell Hammond (Billy Crudup) is front and center while the rest of the band mates blend into the background. In fact, character Jeff Bebe puts it like this, “I’m just one of the out of focus guys.”

This t-shirt was discovered at My Party Shirt.