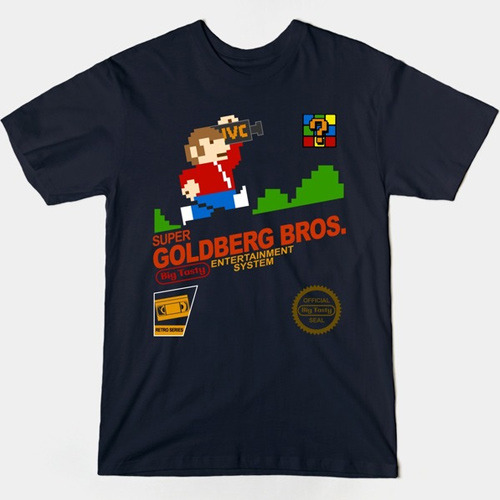 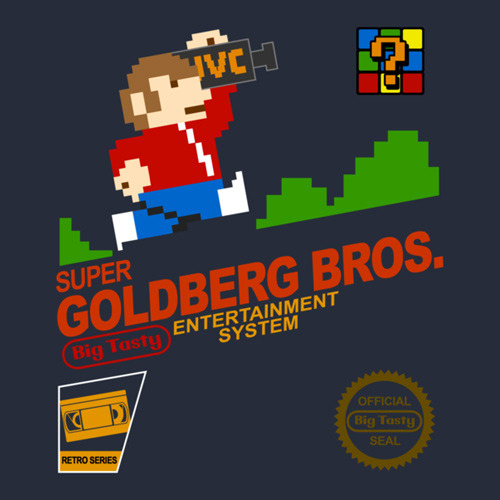 With video camera in hand, Adam Goldberg films his childhood. That includes his brother Barry 'Big Tasty' Goldberg and the rest of his family. While they're often seen fighting on The Goldbergs TV show, when push comes to shove, Adam and Barry have each other's backs, just like Mario and Luigi. This retro Goldbergs shirt features a design inspired by the Super Mario Bros. game cover art, only here the NES console has been replaced by the Big Tasty Entertainment System. It also features the official Big Tasty seal of approval. To learn more about the real people that the TV show is based on, read the History vs. Hollywood Goldbergs article.