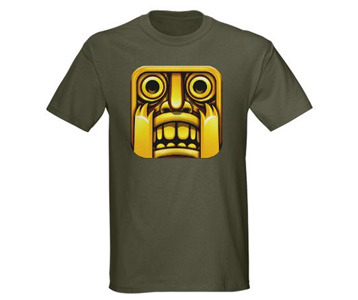 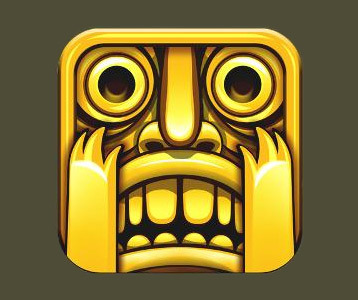 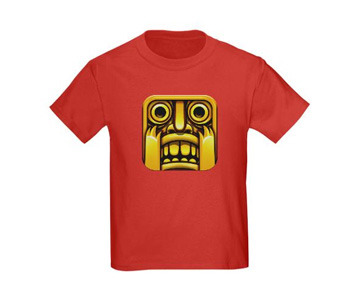 A few months ago while perusing the App Store on my iPhone, I stumbled across the video game Temple Run.  I decided to give it a try since it was one of the most popular and well-reviewed apps in the store.  This Temple Run t-shirt displays the idol from the game, which players will recognize is also the icon for the app.  To play the video game, players control an explorer who has just stolen an idol from an ancient temple.  The explorer is being pursued by demonic monkeys and at the same time must avoid the obstacles in his way.  This is done by sliding your finger across the screen.  Sliding it forward will make the character jump, sliding it backward will make him duck, and swiping left or right will cause the character to turn in that direction.  This Temple Run Icon shirt will allow fans to express their addiction to the app.  Just be on the lookout for demonic monkeys, since they might think that you have the missing idol.