The Last of Us Joel and Ellie T-Shirt 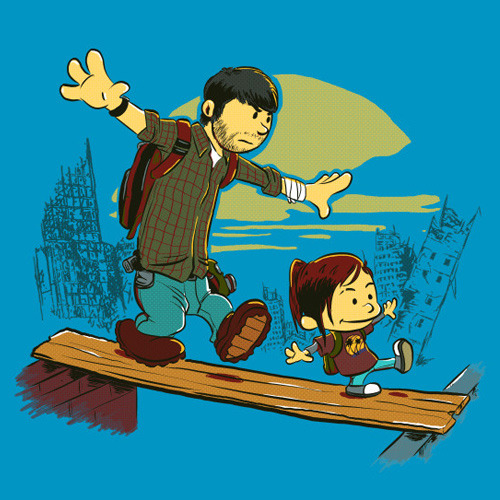 One of the most fascinating aspects of the exclusive Playstation 3 video game The Last of Us is not that it holds the record for having the biggest video game launch for the first half of 2013, or that it has received perfect scores from numerous publications.  No, the most fascinating aspect of the video game represented by The Last of Us t-shirt featured here is that its post-apocalyptic storyline of zombie-like creatures wreaking havoc on the planet is rooted in fact not fiction, and on a smaller level it has been happening for thousands of years.  No, I don't mean that your best friend might be a zombie.  I'm instead referring to the manner by which the infection spreads in the game.

In The Last of Us video game, a mutated strain of the cordyceps fungi has infected various living creatures, including humans, turning them into zombies.  The eerie part is that this is a real fungus, and it has been known to affect the behavior of its host.  For example, when a certain derivative strain of the fungus attacks an ant, it controls the ants behavior and causes it to climb and attach itself to a plant before it dies.  This not only ensures the humidity and temperature of the parasite's environment, it also guarantees maximum distribution of the spores from the growing body that sprouts out of the dead ant.  Inform others of the science behind the game by wearing this The Last of Us Video Game shirt that features the survivors Joel and Ellie on the front.