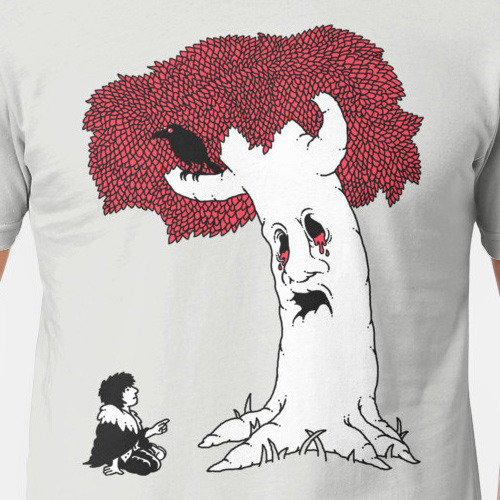 The three-eyed raven does not just refer to the bird that guides Bran Stark after his "fall," it is a actually a man whose body has become fused to the roots of a giant weirwood tree. This Three-Eyed Raven t-shirt parodies Shel Silverstein's picture book The Giving Tree. Here, Bran Stark is the boy and the tree is giving him a raven instead of an apple. On the Game of Thrones TV show, Bran becomes the Three-Eyed Raven after he hastily absorbs the entire history of the world, giving him the power to see into the past, present and future.

This Game of Thrones t-shirt was discovered at TeePublic.