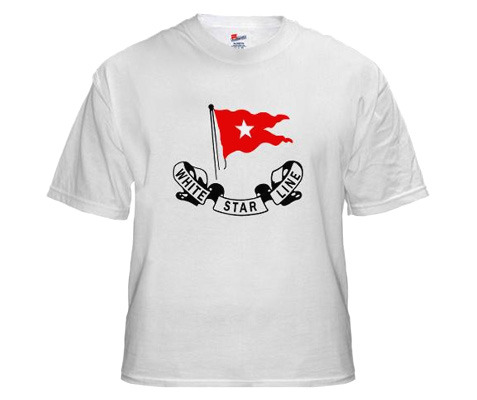 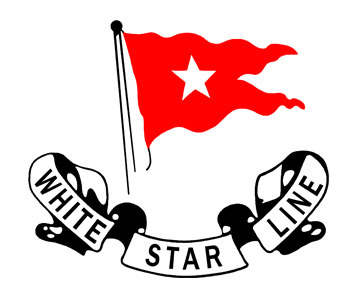 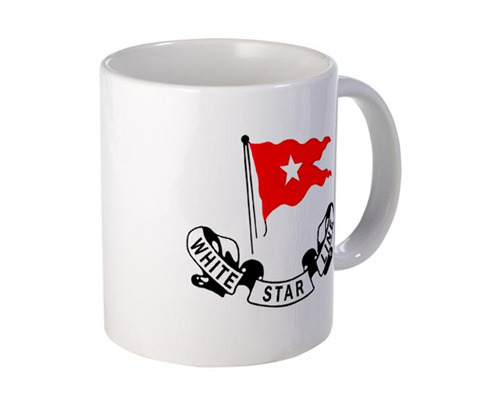 During the spring of 2007, a few months shy of the ten year anniversary of the movie’s release, I embarked on a three week exploration of the movie Titanic, comparing the events and characters from the movie to their real life counterparts.  The result of my research can be read on ChasingtheFrog.com.  I encourage you to take a gander, if only to see the nearly two dozen photos comparing the real people to their movie counterparts  (Captain Smith, Molly Brown, John Jacob Astor, etc.), or to discover the answer to the common question, “Are the characters of Jack Dawson and Rose DeWitt Bukater based on real people?”  In the process, I became interested in Titanic memorabilia and was fortunate enough to later obtain a small piece of coal from the ship, which was brought up to help fund further expeditions.  I also became interested in authentic looking Titanic t-shirts, not the sensationalized movie swag.  I browsed online stores and searched eBay, but I never could find a White Star Line t-shirt where the logo didn’t look distorted from being enlarged.  Four years later, I’m happy to say that I’ve finally discovered White Star Line mugs, tees and merchandise with a decent looking logo.

As many of you know, White Star Line was the Liverpool based banging company that commissioned the Titanic and her sister ships, the RMS Olympic and HMHS Britannic.  The latter was used as a British hospital ship during World War I and sank after running into a mine in the Kea Channel in November of 1916.  As for the RMS Olympic, unlike her sisters, she had a lengthy career at sea and was formally retired in 1935 after twenty-four years of service.   In 1934, White Star Line (also known as the Oceanic Steam Navigation Company) merged with its biggest competitor, Cunard Line.  In 2005, Cunard Line became part of Carnival Corporation & PLC.  To pay homage to the legacy of the White Star Line name, Cunard ships describe their revered customer service as White Star Service.   The building that housed White Star Line’s company offices in London, Oceanic House, is still standing and can be identified from the signs that remain over the entrances.

If you’re looking for vintage Titanic shirts or mugs, the options presented here should appeal to fans who enjoy the history of the ill-fated ocean liner as much as the movie that chronicled its demise (among other things).  Choose a White Star Line shirt or pick from a variety of other identical Titanic clothing and merchandise, including White Star Line mugs, glasses, boxers, sweatshirts and bags.