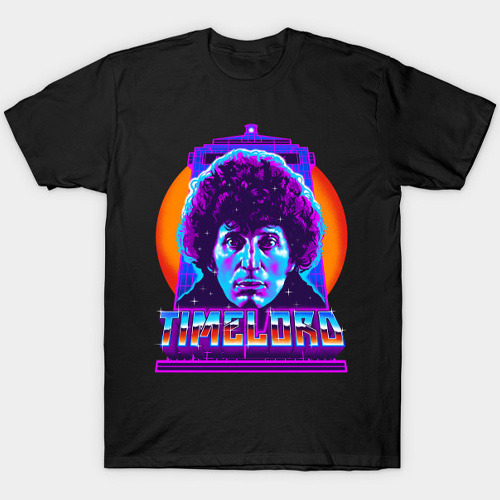 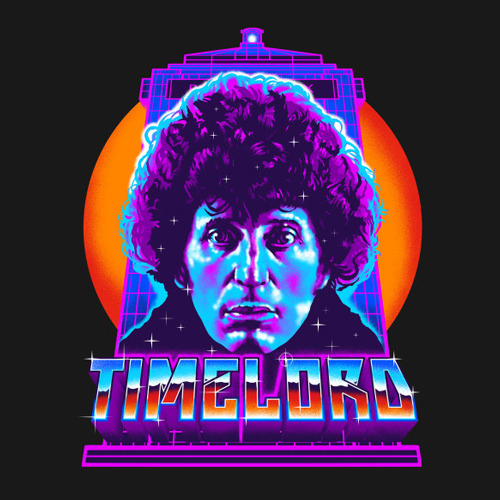 Tom Baker did not just portray the Fourth Doctor, he holds the title for the longest-lived incarnation of the Doctor in the show's history. His tenure spanned seven seasons from 1974 until 1981. This Tom Baker Fourth Doctor t-shirt features the legendary Timelord in front of the TARDIS. Let others know that you're not just a fan of Doctor Who after it's revival. This Tom Baker shirt is a fitting way to pay homage to classic Doctor Who.

This Doctor Who t-shirt was discovered at TeePublic.