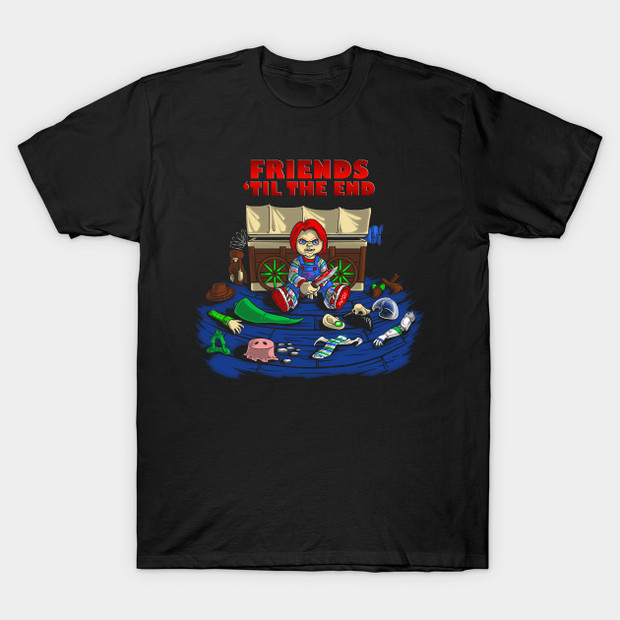 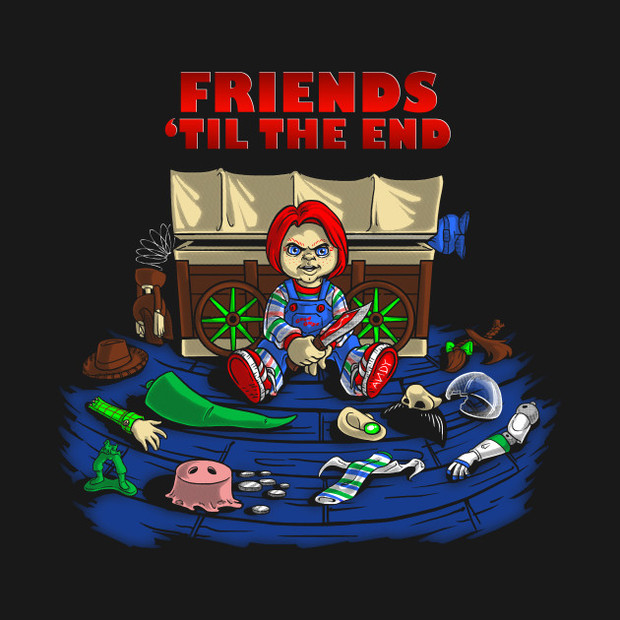 What do the movies Child's Play and Toy Story have in common?  And no, it's not just toys.  It's ANDY!  This Toy Story Chucky shirt is a creepy cross that is simply genius.  The main toy characters in both films are owned by children named Andy.  In this version, Chucky has killed Woody and taken the role of Andy's favorite toy, with his name clearly scrolled on the bottom of his shoe.  But we all know the toy on the front of this Friends 'Til the End shirt doesn't play nice and as shown on the tee, he has taken out Hamm, Rex, Buzz and Jessie, among others.  Apparently, Chucky has decided that he'll honor the Good Guys motto "friends 'til the end" by making the end sooner rather than later, but you don't have a friend in him.  This Toy Story Chucky t-shirt is for fans of many genres simply looking to play it safe when it comes to talking toys.

This Child's Play t-shirt was discovered at TeePublic.