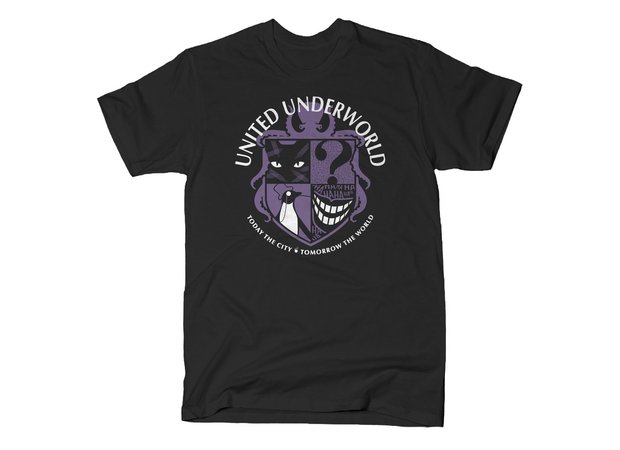 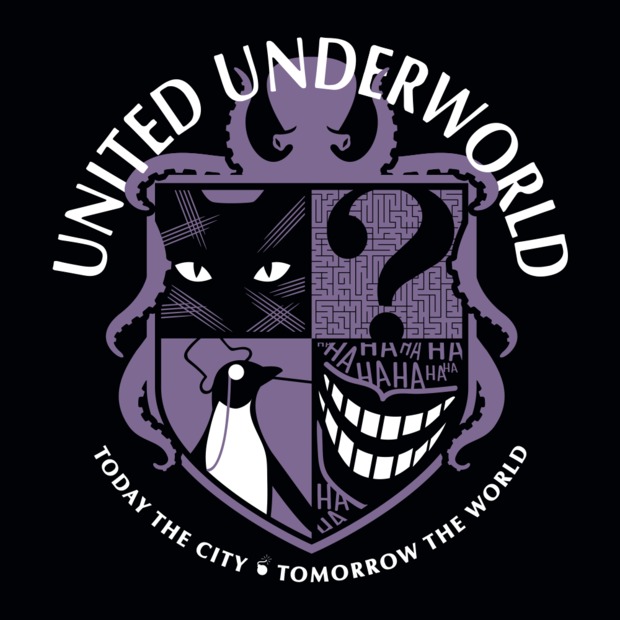 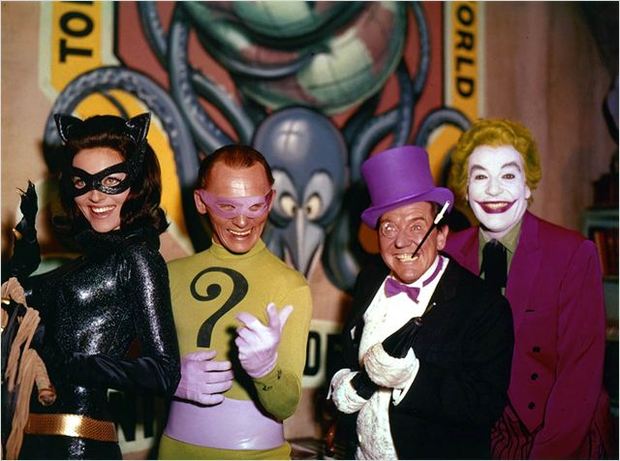 True Batman fans will know of this legendary evil organization. Its four main members first came together in the 1966 Batman movie. This United Underworld t-shirt represents each of them, including Catwoman, the Riddler, the Penguin and the Joker. They met in a bar by the ocean where they plotted to take over the world. Their first objective was to eliminate Batman so he couldn't get in their way. Their logo featured a giant octopus squeezing the world.

This Batman t-shirt was discovered at SnorgTees.