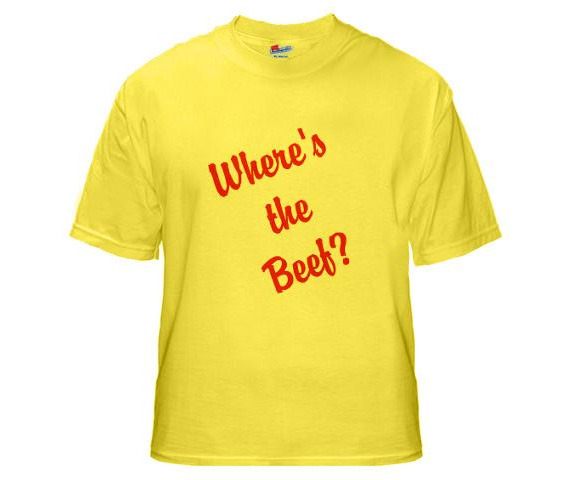 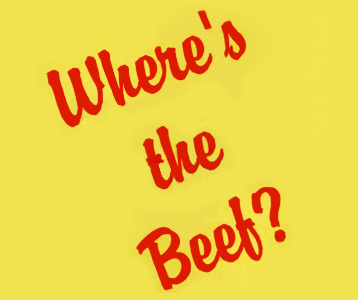 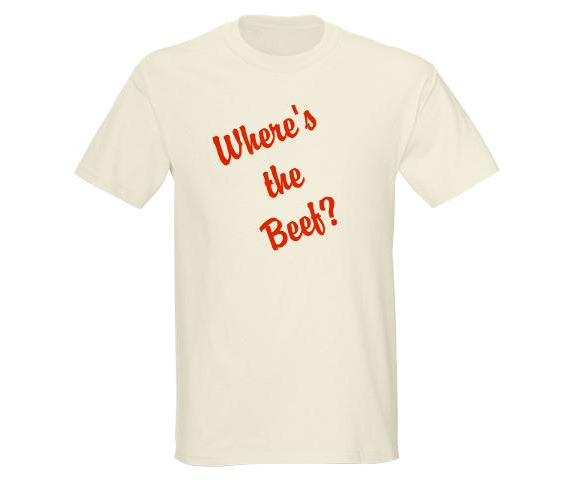 I just saw a new Wendy’s commercial and was pleasantly surprised to see a revival of their eighties advertising campaign.  This Where’s the Beef t-shirt highlights the phrase that got viewers laughing and customers scarfing down square burgers so many years ago.  Pop on a version of this tee and soon everyone will be asking you, “where’s the beef”?

In 1984, the fast food franchise Wendy’s launched the slogan with a comedic commercial.  In it, an elderly woman consumer commented on the fluffy bun that the chain’s competitors were flaunting but wanted to know where the beef was.  There was very little meat compared to the size of the breading.  It worked and hamburger hounds everywhere hopped on the bandwagon.  More advertisements were released that year including a song by Coyote McCloud.  In 2011, they are trying it all over again.

If you enjoy the square patties that founder Dave Thomas chose to promote by showing that “they don’t cut corners” then this Where’s the Beef shirt will be right up your alley.  Let’s see if their interesting tactic works.  After all, most people (myself included) are suckers for eighties nostalgia.  Anyone up for a Frosty?