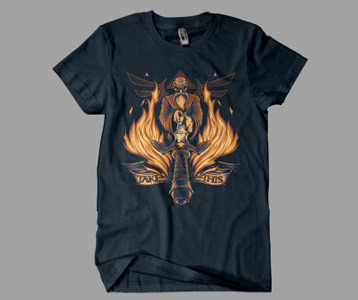 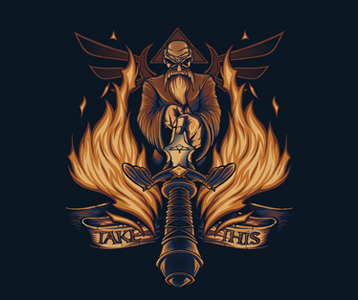 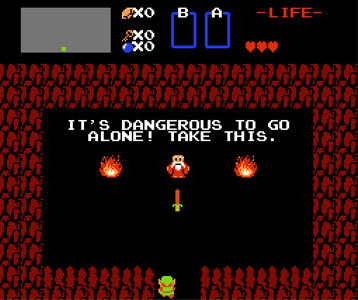 In The Legend of Zelda video game released in 1986, the hero Link ventures into a cave in Hyrule where an old man gives him a sword.  Upon giving Link the sword, the old man tells him, “It’s dangerous to go alone!  Take this.”  The shirt design displayed here is an interpretation of that 8-bit scene, which I’ve included under the main image on the left.  The Zelda quote itself is so well known that it is often parodied on the internet.  For instance, this Harry Potter t-shirt substitutes the old man for Harry’s owl and the sword for his broom.  However, the design shown here differs from most since artists usually just reinterpret the scene with an 8-bit design.  The artist behind the Zelda Take This shirt has completely re-imagined Link receiving the sword.